Going to the farm. Eventually.

My Vision of the Child

My Vision of the Child

With our oldest being 6.5-years-old, I’m at odds with what most people think he ought to be doing. We spend just 1-3 hours per day on schoolwork, and the rest of the time he is playing with his siblings, friends, or on his own, practicing piano, talking to one of us, or doing chores. I know that many people would argue that he ought to be working for longer than this, but I would respond, “Play is the work of the child,” (Maria Montessori).

Psychologists say that those hours playing drawn-out games are actually building his executive function. Naysayers would say that we are falling behind. As I often say to my husband, “Behind what?” Who is it that gets to decide where exactly a six-year-old ought to be academically? As though it’s an exact science?”

I love the idea of science telling me all the answers, in part because I love the idea of always being right. However, the longer I parent, the more I see that the chorus of “you have to do what’s right for your family,” isn’t just wishywashy relativism (although it can be that). It’s also true. 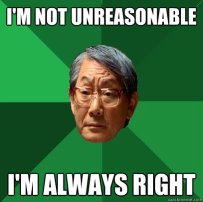 I know that my six-year-old learns through doing things and listening to stories. If he can play with it, he can learn it. It perhaps takes longer to work on reading by playing Bananagrams and Go Fish for Renaissance Artists, but when I account for all the time not spent whining, sulking, or licking his wounds, and add in the benefit of carving guaranteed time to play directly with Mom, I’d say it’s more efficient. And even if it weren’t more efficient? What’s the harm in some inefficiency in a six-year-old’s life? According to the people who hothouse their kiddos so they have a competitive edge, every moment of childhood is an opportunity to get ahead, which means play is a waste of time.

Thankfully, there’s a growing chorus of people who see that children need childhood. All mammals need to play.

According to Dr. Peter Gray, an evolutionary psychologist:

“Children are designed, by nature, to spend huge amounts of time playing freely. That’s how they develop social, emotional, and physical skills, and it’s how they become creators and innovators. It’s how they learn to take charge of their own lives. Today’s children have less opportunity to play than their parents had and far less opportunity than their grandparents had, and we are seeing the consequences. Rates of childhood anxiety, depression, and suicide are at all-time highs; creativity is declining, and so is empathy.” (Links in quote are his, not mine.)

I’m not sure what our homeschooling style will look like as the kids grow up, but I feel at peace as I choose to trust that children naturally learn well in a secure home with emotionally available parents. Whatever small losses we may incur in not adhering to a rigorous schedule, I have no doubt we’ll overcome in the long-run, as our kids learn to regulate their own learning and behavior.